The Seeker by Lindsay McKenna. Lion Heart by Doranna Durgin. The Slayer by Cindy Dees. Moon Kissed by Michele Hauf. The Avenger by P. Immortal Wolf by Bonnie Vanak. The Protector by Merline Lovelace. The Vampire Affair by Livia Reasoner. Dream Stalker by Jenna Kernan. Last of the Ravens by Linda Winstead Jones. Wolf Hunt by Doranna Durgin. Red Wolf by Linda Thomas-Sundstrom. The Hellhound King by Lori Devoti. Mistress of the Underground by Lisa Childs. Reunion by Lindsay McKenna.

The Hunted by Anna Leonard. The Adversary by Lindsay McKenna.

The Keepers by Heather Graham. Poisoned Kisses by Stephanie Draven. The Shifters by Alexandra Sokoloff. Shadow of the Sheikh by Nina Bruhns. The Wolven by Deborah LeBlanc. Alaskan Wolf by Linda O. Lone Wolf by Karen Whiddon. Incubus by Janet Elizabeth Jones. Vampire Sheikh by Nina Bruhns. Taken by Lilith Saintcrow. The Truth about Vampires by Theresa Meyers. The Guardian by Connie Hall.

Kissed by a Vampire by Caridad Pineiro. Kodiak Chained by Doranna Durgin. Keeper of the Night by Heather Graham. Dark Wolf Rising by Rhyannon Byrd. This Wicked Magic by Michele Hauf. Undercover Wolf by Linda O. Keeper of the Moon by Harley Jane Kozak. The Wolf Prince by Karen Whiddon.

Beauty's Beast by Jenna Kernan. Keeper of the Shadows by Alexandra Sokoloff. Taming the Demon by Doranna Durgin. Phantom Wolf by Bonnie Vanak. Keeper of the Dawn by Heather Graham. Beautiful Danger by Michele Hauf. Daysider by Susan Krinard. Claimed by the Immortal by Rachel Lee. Releasing the Hunter by Vivi Anna. Claimed by the Demon by Doranna Durgin. Out of the Night by Trish Milburn.

Siren's Secret by Debbie Herbert. Dark Wolf Running by Rhyannon Byrd. Nightmaster by Susan Krinard. The Vampire Hunter by Michele Hauf. Moon Rising by Lori Devoti. Lynx Destiny by Doranna Durgin. One Night with the Shifter by Theresa Meyers. Shadowmaster by Susan Krinard. Running with Wolves by Cynthia Cooke. The Wolf Siren by Karen Whiddon. Immortal Cowboy by Alexis Morgan. Untamed Wolf by Linda O. Possessed by a Warrior by Sharon Ashwood. Demon Wolf by Bonnie Vanak. Possessed by an Immortal by Sharon Ashwood. The Vampire's Wolf by Jenna Kernan.

Wolf Hunter by Linda Thomas-Sundstrom. Possessed by a Wolf by Sharon Ashwood.

The Vampire's Fall by Michele Hauf. Siren's Call by Debbie Herbert. Goddess of Fate by Alexandra Sokoloff. Possessed by the Fallen by Sharon Ashwood. Leopard Enchanted by Doranna Durgin. Canadian Wolf by Linda O. Dragon's Promise by Denise Lynn. Enchanted By the Wolf by Michele Hauf. The Immortal's Redemption by Kelli Ireland. 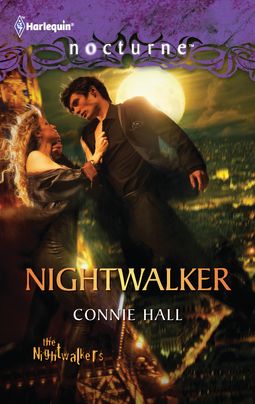 Brimstone Bride by Barbara J. The Unforgettable Wolf by Jane Godman. Rescued by the Wolf by Kristal Hollis.

Witch's Hunger by Deborah LeBlanc. Charmed by the Wolf by Kristal Hollis. One Night with the Valkyrie by Jane Godman.

Wolf Slayer by Linda Thomas-Sundstrom. Enchanter Redeemed by Sharon Ashwood. Captivated by the She-Wolf by Kristal Hollis. Awakening the Shifter by Jane Godman. I love YA books I started reading them a few years ago. I am saving all my favorites for my oldest daughter, so when she is old enough she can enjoy them also. I believe Static will become one of those books. I know I will enjoy reading it. Thank you for having the imagination to wright it. The book sounds great, I really like the 'help me kill the band' theme : Best of luck with the TV show, I hope it gets picked up.

Cath cbcowley gmail. Hello, the winner of the Static E-book is Kirssbaby6 if you could send me your snail mail to natalie jacquelynfrank. Thanks so much Post a Comment. Tuesday, August 2, Reinvention!! Now on to my post…. There has been quite a few.

We came closer with this one, so close it makes me cry just thinking about it. Also through this shake up, I went back to my first love, writing screenplays. I actually started writing them before I ever wrote a book.

I have a few other scripts being read as well by various producers. Oh right, back to books…. I am still writing for Harlequin Nocturne as of this post, but will be self-publishing everything else I write. We have many paths to take to get to publication. This is a creepy and unique addition to the YA paranormal genre that goes a little bit further and gives a little bit more.